In his practice at the firm, Mr. VanWieren has practiced extensively on behalf of schools and municipalities with regards to real estate, including the acquisition and disposition of properties throughout the State of Michigan. He has represented schools and municipalities in litigation involving matters before administrative agencies, Michigan and Federal courts, and the Michigan Tax Tribunal. Mr. VanWieren has acted as general counsel to the Michigan School District Liquid Asset Fund since its inception in 1987 to the present. He currently serves as counsel to various municipalities, including being the City Attorney for the City of Grand Ledge.

Mr. VanWieren was admitted to practice in the State of Michigan in 1983 and is also admitted to various Federal courts. He is a member in good standing with the Michigan State Bar Association, the Michigan Council of School Attorneys, the National Council of School Attorneys, and the American Bar Association. He has been designated by the Martindale-Hubbell rating agency as 'AV Preeminent.' 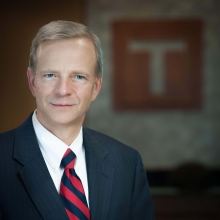