Mr. Iamarino has served as bond and note counsel to public school districts, intermediate school districts, public school academies, community colleges, counties, townships, cities, villages, libraries and municipal authorities across the state of Michigan. He deals with election matters involving both bond and millage questions, as well as election of public officers. He regularly provides general counsel and advice to public schools and municipal corporations. Mr. Iamarino frequently drafts construction contracts and handles construction litigation. As a trial lawyer, Mr. Iamarino has first chaired various construction, public finance, and contract disputes on behalf of public sector clients in federal and state trial and appellate courts, as well as in mediation and in arbitration. With a blend of both trial and transactional skills, Mr. Iamarino is a seasoned and experienced lawyer who has been counted upon by public entities to negotiate and draft important transactional agreements that further the goals of those public entities and, if necessary, litigate on behalf of those entities to enforce those agreements.

Mr. Iamarino lives in the Lansing area with his wife and two sons. He enjoys the outdoors, kayaking, scuba diving and is an avid fan of both Michigan State University and University of Notre Dame athletics. He and his family are active parishioners at St. Thomas Aquinas Church in East Lansing. 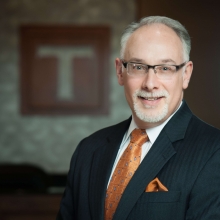