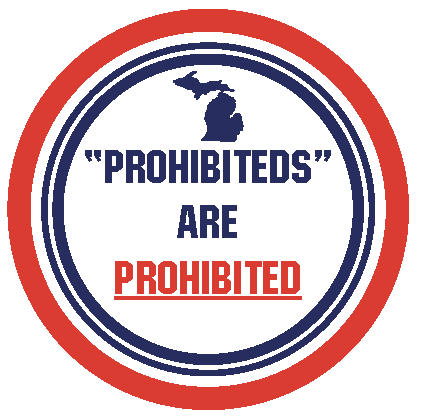 Agreement over Prohibited Subject Is Unenforceable

In Pontiac School Dist and Pontiac Ed Ass’n, MERC Case No. C13 B-033 (May 21, 2014), MERC ruled that a school district’s repudiation of a settlement agreement relating to prohibited bargaining subjects (i.e., recall rights) did not violate its duty to bargain in good faith under PERA.

The ALJ dismissed the union’s ULP charge, holding that the settlement agreement was an agreement on a prohibited bargaining subject (recall rights). The ALJ stated:

MERC agreed with the ALJ and held that a set­tlement agreement providing recall rights to desig­nated people is an agreement regarding prohibited subjects of bargaining under PERA. Citing Ionia Pub School, 27 MPER ___ (Case No. C12 G-136; issued April 22, 2014), a case handled by Thrun Law Firm, MERC held that the agreement to recall the teachers and place them in vacant positions is an agreement re­garding teacher placement, which is an agreement that cannot lawfully be bargained under PERA.

No Duty to Bargain over CBA Provisions or Past Practices Governing Teacher Layoff, Recall, or Placement

In Pontiac School Dist and Pontiac Ed Ass’n, MERC Case No. C12 B-079 (May 20, 2014), MERC ruled that a school district did not breach its duty to bar­gain in good faith under PERA by failing to adhere to, or bargain over, the provisions of an expired CBA and the parties’ past practices regarding layoff/recall and teacher placement as those procedures are prohib­ited subjects of bargaining under PERA.

The parties’ expired CBA contained a provision governing reductions in personnel, layoff, and recall (e.g., timing and notice of layoffs). The past practice of the parties also established other procedures re­lating to layoff and recall. Before reaching a successor CBA, the district promulgated a new layoff and recall policy for teachers pursuant to Section 1248 of the Revised School Code. The district then laid off teach­ers pursuant to its policy but in violation of the tim­ing and notice provisions of the expired CBA and the parties’ past practices.

The union filed a ULP charge alleging that the district repudiated the parties’ CBA, specifically the layoff and recall policy, and unilaterally changed ex­isting terms and conditions of employment as set out in that provision and as established by the past prac­tice, when it laid off the teachers.

The ALJ disagreed with the union and dismissed the ULP charge. The ALJ concluded that the district had no duty to bargain over the procedures relating to the layoff, recall, or placement of teachers after the CBA’s expiration. MERC agreed with the ALJ, holding that the provisions of the expired CBA and the par­ties’ past practices regarding layoff and recall or teacher placement are prohibited bargaining subjects and the district is no longer required to comply with those provisions and past practices.

all decisions about the development, con­tent, standards, procedures, adoption, and implementation of the public school em­ployer’s policies regarding personnel deci­sions when conducting a staffing or pro­gram reduction, decisions made by the employer pursuant to these policies, and the impact of these decisions on the em­ployee or bargaining unit.

Any kind of agreement, including a letter of understanding or settlement agreement, which em­bodies a prohibited subject of bargaining is not en­forceable.

If you would like to show your support for your Board of Education with a Thrun Law Firm “Prohibiteds are Prohibited” button please contact Chris Harty via email at charty@thrunlaw.com. Please include your name and address so that we can promptly send the button to you.