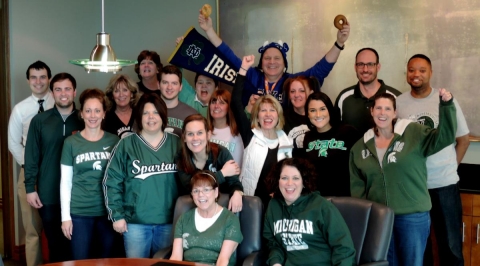 On January 13, 2015, Governor Snyder signed into law PA 478 of 2014, which amends section 1310b of the Revised School Code to require school anti-bullying policies to include a statement prohibiting cyberbullying. This amendment becomes effective on March 19, 2015, and requires that, by September 19, 2015, schools include “cyberbullying as a form of bul­lying” in anti-bullying policies.

PA 478 amends the statutory definition of “bully­ing” to include “cyberbullying.” The amended law defines cyberbullying as:

[A]ny electronic communication that is in­tended or that a reasonable person would know is likely to harm 1 or more pupils either directly or indirectly by doing any of the fol­lowing:

The policy mandated by this statute is limited to addressing bullying “at school.” Significantly, however, the statute’s definition of “at school” did not change and still defines “at school” as a “classroom, elsewhere on school premises, on a school bus or school-related vehicle, or at a school sponsored activity or event whether or not it is held on school premises.”

Although not necessarily required by the amended statute, school officials may respond to complaints of off-campus cyberbullying but should do so with cau­tion and within the parameters of existing law, board policy, and the student code of conduct. School officials should remember that discipline is not the only tool in their tool box. Responses such as meetings with par­ents, peer mediation, and counseling may be appropri­ate.

If school disciplinary sanctions (including revocation of extracurricular activity privileges) are considered as a consequence for off-campus speech, be aware that such discipline may be subject to litiga­tion as an impingement on the student’s First Amendment “speech” rights. As a general rule, to im­pose discipline, school officials must show that the student’s off-campus conduct has a connection to school and would “materially and substantially disrupt” the school environment.

Discipline should not be administered due to an “undifferentiated fear or apprehension of a disturb­ance.” Rather, school officials have the burden to prove that there is a “reasonable forecast” that the off-campus speech will cause a school disruption.

Pursuant to the amended law, the anti-bullying policy must now also include “an assurance of confi­dentiality for an individual who reports an act of bully­ing and procedures to safeguard that confidentiality.” The amended law also requires the Michigan Depart­ment of Education to establish a form and procedure for schools to report bullying incidents to the depart­ment annually. The annual reports are public documents.

Any time a school revises its bullying policy, its board must hold a public hearing on the policy, which may be conducted at a regular board meeting. If your school’s bullying policy already complies with the new law, no changes are necessary. Schools must submit any revised bullying policy to MDE within 30 days each time a revision is made.